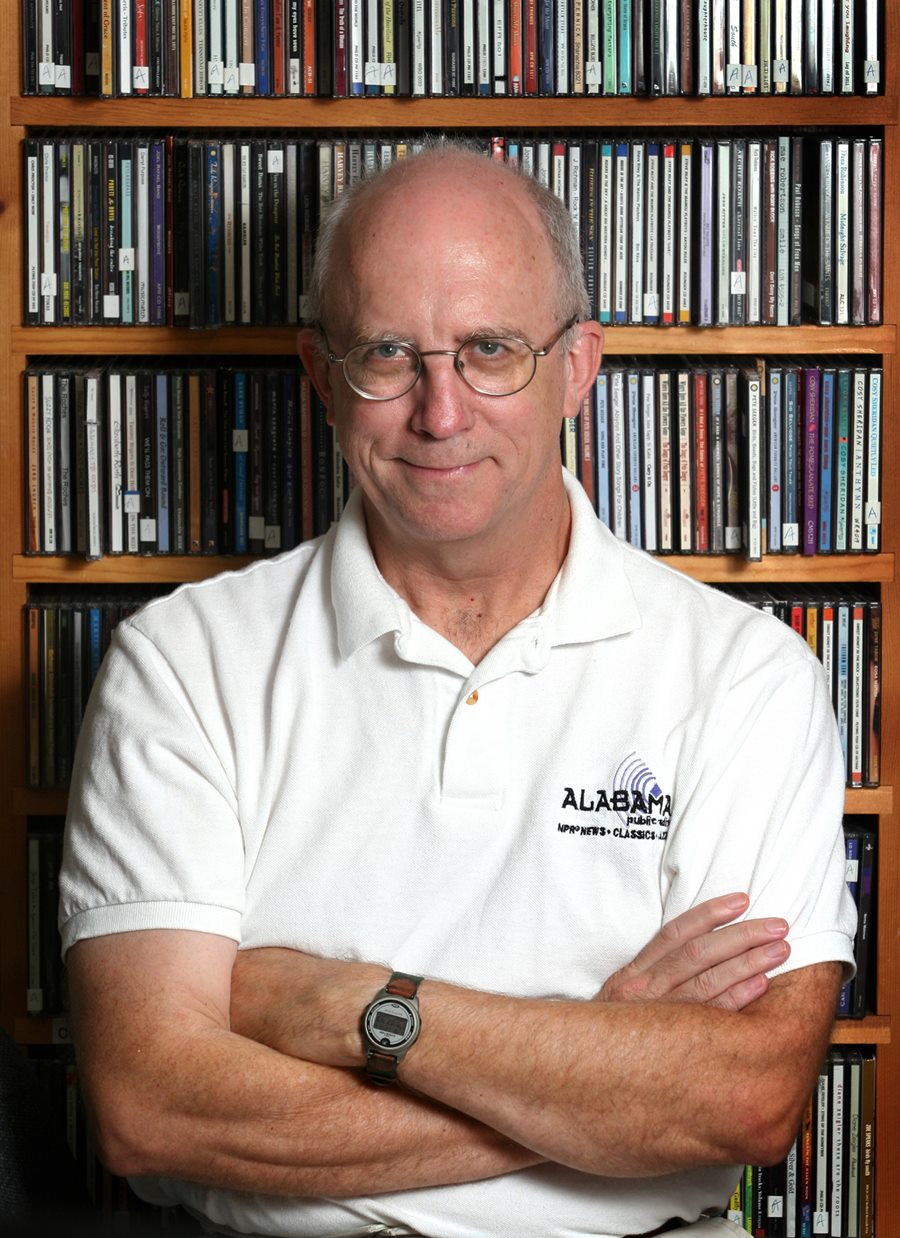 In the ATA Music Library

Since 1993, All Things Acoustic has been serving up music from the edge of technology on Friday nights, 8:00-10:00, on Alabama Public Radio — covering most of the state with lots of kilowatts of acousticity. Our studios are in the Digital Media Center on the University of Alabama campus. Your host is Jeremy Butler, who somehow convinced APR's general manager Roger Duvall that Alabama's airwaves had a dearth of folk music.

Where Did Our Name Come From?

We explained the source of "All Things Acoustic" in a somewhat tongue-in-cheeck article in Happiness of Pursuit (hop), a Tuscaloosa fanzine, published April 1994:

The toughest thing about starting a new radio program is coming up with a name.

When I first had a notion to do a program of music that was un-amplified and un-electrified and, well, unplugged (okay, there, I said it; MTV can sue if it wants), I was scratching my head, torturing myself to come up with a name that was hip, likable, descriptive, and not a trademark infringement.

"Snapple" came to mind. Damn that all-too-fruity drink for getting to the FTC before me!

"Acoustic Cous-Cous"? Too ethnic. Not enough cous-cous eaters in Alabama. I began to get discouraged.

Sitting around at Patti and Paul's wedding, I annoyed the guests by demanding suggestions. If I had to be tormented by this, so should they.

"Er, how 'bout 'Acoustic Hootenanny?'" someone, maybe Row Bear, suggested. Nah, too cornball. "Acoustic Alternative?" Got a friend in Tucson that already nabbed it for his radio show.

"Here's one: 'This May Be Traditional Malagasy Kora Music, But It's Coming To You On 100,000 Watts Of Western Technology,"' said Colleen, "'TMBTMKMBICTYOOWOWT' for short."

I left the wedding despondent. (And besides, I've always been told that weddings are hotbeds of flirtatious activity, but I've never personally experienced such flirtation. Why? Is it something about my cummerbund?)

I will be playing "things" and "all" of them will be acoustic. Hmmmmm...

And so "All Things Acoustic" was born—of an intellectual torpor. And, even if the name isn't hip, it is descriptive, mostly. And it's almost alliterative.

Since ATA's debut on 27 August 1993 it has provided a musical service that had been lacking in these parts. 100,000 watts of singer-songwriter, folk, world, and a cappella music has been broadcast in life-like tones—fortified with superheterodynes—from Muscle Shoals to Centerville, from Meridian to Birmingham on FM frequency 91.5 (88.7 in the Shoals [and since expanded to 91.3 in Mobile and 88.3 in Selma]).

Each Friday night, from 8:00 to 10:00, I sit alone before the WUAL control board. The station's day staff has all left. I kill the studio fluorescents and flip on the spots on the board itself. During the past 22 years, I've frequently been in rooms like this, for hours at a time. I am at home on the radio.

20-odd sliding faders (volume controls) are at my fingertips, controlling various audio sources. A row of buttons for the transmitter is to my right, atop a stack of three DAT (digital audio tape—a cross between CD's and cassette tapes) machines. To my left is a stack of CD players, with an Emergency Broadcast System receiver on top. Turntables flank me. The mighty microphone swings above it all.

All this technology! Each week I savor the irony as I subvert that technology with music that thumbs its nose at the electronic and the digital. I play a piece of flute music recorded in the Taj Mahal that relies solely on the architecture of the space for its reverberations—no synth stuff here. Next I spin a track from the band Ed's Redeeming Qualities that relates the tale of a girl who was "pegged in the head with a lawn dart." It sounds like it could have been recorded in my back yard.

Greg Brown, Shawn Colvin, John Gorka, and Richard Thompson follow in quick succession. Each shows just how much music can be generated without amplifiers—and how much poetry can he expressed when the lyrics are clear and true. But their work is only the legacy of folk singers from decades past, so we listen next to Woody Guthrie, Pete Seeger, and a Bob Dylan recording from 1962.

Woven into all this is acoustic world music. The harp-like African kora gives the Malagasy band Tarika Sammy a delicate, distinctive sound. Then Inuit throat singers shout into each other's mouth cavities.

Some nights ATA has guests. Laurie Arizumi and Misayo Nakajima plucked and scraped Japanese kotos one evening. On another, Bob Tedrow squeezed concertinas till sweat ran down his brow.